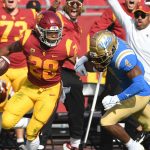 In recent years, some of college sports’ long-standing conferences have experienced major changes. The latest major shakeup involves USC and UCLA, both of which plan to leave the Pac-12 by 2024. The teams are headed to the Big Ten, which has transformed from a largely Midwestern conference to one that spans coast to coast. The […] 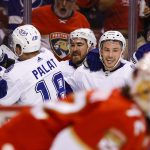 Last night, the Tampa Bay Lighting pulled out a last-second goal in a playoff matchup against the Florida Panthers. Going into the final minutes of the Game 2 of the Eastern Conference semifinals, Tampa Bay and Florida were tied up at 1-1. With just seconds to go on the clock, the buzzer beater from Ross […] 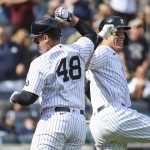 Over three months after MLB team owners began the lockout, it’s finally come to an end. On March 10, the MLB and the MLB Players Association (MLBPA) settled on a new collective bargaining agreement, which means that the 2022 baseball season if officially back on. And while the new labor deal comes as a relief […]

Each passing day brings us closer to Major League Baseball’s 2022 season. Fans are eager to see their teams back on the field in the coming weeks. But a standoff between the MLB and the MLB Players Association (MLBPA) puts all that in jeopardy. If a decision isn’t reached soon, the MLB has threatened to […] For the first time in over 30 years, the team owners in Major League Baseball have imposed a lockout on the players. This is the first work stoppage in 26 years since a players’ strike in 1994 that led to the cancellation of the World Series and lasted until April of the following year. The two […] 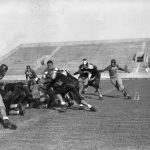 The thought of football without helmets is enough to make even the toughest fans squirm. With all we know about head injuries and the prevalence of chronic traumatic encephalopathy (CTE) among football players today, it seems wild to think about playing the sport without a helmet. While many players would step onto the field helmetless […] In Sunday night’s matchup between the Brooklyn Nets and the Detroit Pistons, Nets star Kevin Durant continued his streak of high-scoring play—and aggression on the court. With an average of 28.5 points per game, Durant ranks among the top scorers in the league. However, he also has a reputation for being hot-headed in competition, and […] On Tuesday night, the NBA kicked off the 2021-2022 season with two high-profile matchups. In this topsy-turvy year of sports, the beginning of a new season comes just three months after the NBA championship game in July. That quick turnaround has been exciting for fans, especially with the new season starting off with games featuring […] The United States won the 43rd Ryder Cup at the conclusion of this weekend’s matchup with Europe. The U.S. Ryder Cup team celebrated with a decisive 19-9 win over their rivals from across the pond. Team USA didn’t lose a session for the first time in 44 years, and the 19-9 final score broke the record for […] A wild pitch is one thing. But what if a pitcher purposefully hits a batter? That appears to be what happened last Thursday in a matchup between the Los Angeles Angels and the Chicago White Sox. In the top of the ninth, White Sox pitcher Mike Wright threw two pitches that barely missed hitting Angels […]

The Olympic Games are often defined by the feats achieved by the all-time greats. Whether it’s Jesse Owens in Berlin, Muhammed Ali in Rome, Mark Spitz … END_OF_DOCUMENT_TOKEN_TO_BE_REPLACED

Everyone has heard it: a mid-game buzzer that simultaneously causes cheering or disappointment, excitement or dread, depending on which team you're … END_OF_DOCUMENT_TOKEN_TO_BE_REPLACED

Just say the word "Madden" and football comes to mind. John Madden is a cultural icon, whether it's from his time as a Super Bowl-winning coach … END_OF_DOCUMENT_TOKEN_TO_BE_REPLACED