You are here: Home / Blog / NCAAF / Is Lane Kiffin Going To Be Arkansas’ Next Head Coach? 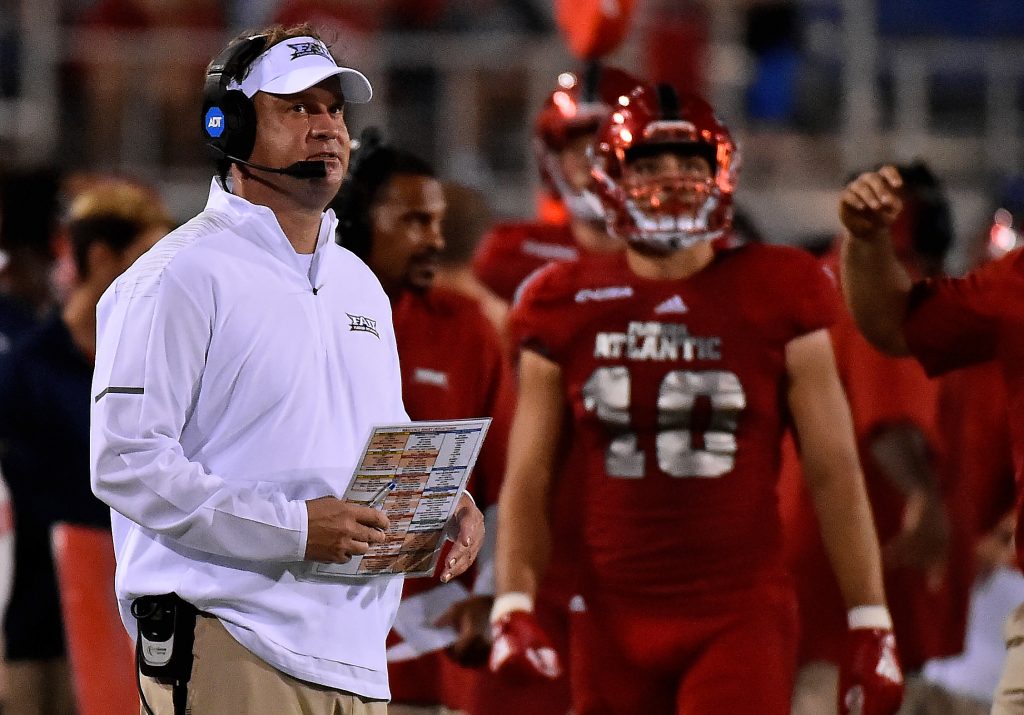 Will Lane Kiffin be making his way back to the SEC?

Rumors are swirling, and it appears that Kiffin and the Arkansas Razorbacks have had talks about him becoming their next head coach. According to Football Scoop, the FAU coach and Arkansas athletic director Hunter Yurachek have had “significant conversations”, and just last night it was reported that Yurachek and Arkansas support staffer Jon Fagg were in Boca Raton last night. Kiffin’s residence is there.

Arkansas fans have been tracking planes all day. After doing some digging, the search team led by Hunter Yurachek and Jon Fagg is indeed hopping around talking to candidates. They were in Boca Raton today, per two sources. More interviews scheduled.

At this point, there is no confirmation that this is Kiffin’s job, or even if he’s interested. Arkansas has been on a heavy hunt for their next head coach after they fired Chad Morris last month. Arkansas wants a big name to fill the void, and are reported to be high on Iowa State’s Matt Campbell and Washington State’s Mike Leach. However, if Yurachek and Fagg were in Florida yesterday, it may seem that Kiffin is their top choice, but may have to wait a while for a formal acceptance from him. Kiffin and FAU are preparing to play in the C-USA championship game this weekend against UAB.

Over the course of three season at FAU, Kiffin is 25-13 and is currently in the middle of a 10-year contract that runs until 2027, but can be bought out.

The Olympic Games are often defined by the feats achieved by the all-time greats. Whether it’s Jesse Owens in Berlin, Muhammed Ali in Rome, Mark Spitz … END_OF_DOCUMENT_TOKEN_TO_BE_REPLACED

Everyone has heard it: a mid-game buzzer that simultaneously causes cheering or disappointment, excitement or dread, depending on which team you're … END_OF_DOCUMENT_TOKEN_TO_BE_REPLACED

Just say the word "Madden" and football comes to mind. John Madden is a cultural icon, whether it's from his time as a Super Bowl-winning coach … END_OF_DOCUMENT_TOKEN_TO_BE_REPLACED