You are here: Home / All The Lingo / Sports Terms That Begin With ‘T’ / Tuck Position

What Is The Definition Of Tuck Position In Gymnastics? 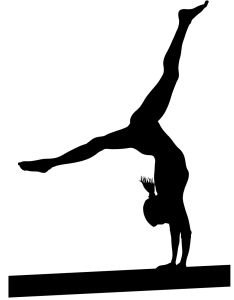 1. A tuck is a type of position in gymnastics in which the knees are brought up to the chest. This requires bending at the knees and hips. The gymnast typically uses their hands to hold their knees to their chest while in this position.

What Is The Purpose Of The Tuck Position In Gymnastics?

Often, the tuck position helps to accelerate the speed of a flip, allowing a gymnast to rotate faster than if they were in a layout position.

What Is A Back Tuck?

A back tuck is a backflip in which the gymnast is in a tucked position (the knees are brought to the chest while rotating in the air). When done from a stationary position, it is called a standing back tuck.

What Is A Front Tuck?

For a front tuck, the gymnast keeps a tucked position during a front flip (the knees are brought to the chest while rotating in the air). When done from a stationary position, it is called a standing front tuck.

What Other Types Of Gymnastics Tucks Are There?

Tucks may also be classified by the number of rotations completed in the air:

Example Of How Tuck Is Used In Commentary

The Olympic Games are often defined by the feats achieved by the all-time greats. Whether it’s Jesse Owens in Berlin, Muhammed Ali in Rome, Mark Spitz … END_OF_DOCUMENT_TOKEN_TO_BE_REPLACED

Everyone has heard it: a mid-game buzzer that simultaneously causes cheering or disappointment, excitement or dread, depending on which team you're … END_OF_DOCUMENT_TOKEN_TO_BE_REPLACED

Just say the word "Madden" and football comes to mind. John Madden is a cultural icon, whether it's from his time as a Super Bowl-winning coach … END_OF_DOCUMENT_TOKEN_TO_BE_REPLACED